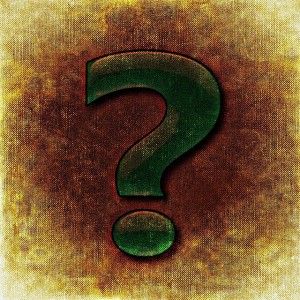 When we decided to make the move from what was my university-home-town to where we are now, my teaching-town, we did not only do it to survive, we also did it, because in our hearts we knew that this move was God’s will.  After spending almost four years hoping and praying for a miracle to happen in the career-lives of both myself and my wife, the sudden opening of an opportunity to move to Northern KZN with job security for both of us was more perfect than either of us could have predicted.

Finally after living four years apart, almost a whole one of those, being married and having to go through some of the worst experiences possible on our own, we were given the perfect solution.  I would come and teach here.  It would enable us to live together like a normal couple. I would still be busy with something that spoke to my purpose in life and we would both spend our spare hours studying further in our different fields.  Hope finally became reality.

And it looks nothing like it did when it was still a dream.

I enjoy teaching.  Numerous of my posts on this blog have been evidence of that.  That light in a child’s eye when they click some difficult concept, the incredible way in which they remain testament to life changing moments that you were a part of, is almost addictive.

But I do not like the trimmings.  The endless hours of administration is getting to me.  I worked as an administrator and I needed two secretaries to do a lot less than what I have to do now.  The paperwork that goes with teaching will kill me one day, mark my words.

I enjoy my colleagues.  I have made friends and with some of them it felt like coming home to my people.  It will never replace the friends I made at Varsity, but these people have crawled into our lives and hearts and we would be poorer if not for them.

But the politics.  The endless backstabbing and pussy-footing around some issue that may not be named because it will upset someone important.  The politics that go with working in a team with other people will kill me one day, mark my words.

We love the town we are now living in.  It is a lot smaller than our previous town, but it’s so much safer and the traffic is a breeze.  The 5-minute commute to work every morning, the ability to walk the dogs without pepper spray, the incredible view from our house over the mountains of KZN reminds me of the grace of God every day.

But the small-town atmosphere, where one’s neighbor is one’s colleague, where your cell-leader is your boss, where there is no private thing or secret good enough not to share, where people think art is a crayon-drawing and music is an auto-tuned parrot, this, will kill me one day, mark my words.

The reality of hope has become my enemy.

In the musical ‘Wicked’ one of the main characters, the good witch Galinda, finally get’s all that she has hoped for.  She is finally known throughout the land as the magical apprentice to the Wizard, she’s got the love of all the people and her long time love is now her fiancee and there is a special day in the kingdom to celebrate all that she has achieved.  She got everything that she had hoped for.

But the fiancee is actually in love with someone else, the people only love her because she is living a lie wherein she tries to save them from the wicked witch who is actually her best friend (and her fiancee’s true lover) and she has to keep faking her magic abilities otherwise the Wizard will not work with her any longer.  Her hopes are trying to kill her.  In the musical she sings these words:

“Cause getting your dreams, it’s strange but it seems, a little – well – complicated.

There’s a kind of a sort of……cost.

There’s a couple of things that get…..lost.

I couldn’t be happier, though it is, I admit, the tiniest bit, unlike I anticipated.”

In the end she does not get to keep the fiancee.  Or the best friend.  They also get rid of the Wizard.  Although she gets to keep the love of the people.  Because she becomes the better person.  She becomes the adult.  She chooses to rise above.  She makes friends with reality.  She adapts to change.  She calls it – the only constant.

A few new things have also made it to the list this year:  A healthy normal child.  Peace in my country.  Humility.  Patience.  Grace.  Stomach muscles.  New running shoes.

These things, arbitrary as they might seem, keep me going.

Keep me loving the town despite my own hang-ups about rural living.

Keep me surviving the politics at work despite my misunderstanding of other people’s own hopes.

Keep me remembering why I teach, every time I have to fill in a new form.

My hopes, keep me going.

And it will probably kill me one day, mark my words.