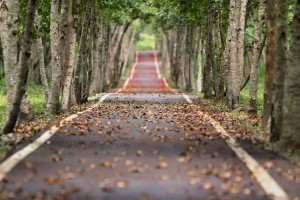 I can still remember the over-sized, sunny lounge in the farm house where I grew up. In it stood a wooden couch that my parents got from Ouma Cloete (my Dad’s mom) when she moved to a smaller flat. It had the heaviest and largest scatter cushions you could find. Being the youngest of 6 siblings who are much older than me, I was privileged to grow up with nieces and nephews only a few years younger. We played a game where the goal was to be able to stay on your feet while running past my Dad’s chair from where he would be throwing those heavy cushions, aiming at your legs. It was almost impossible not to fall. We knew the cushions would hit our legs and inevitably topple us to the floor, leaving us winded and squirming with laughter. Blow after blow we would eagerly get up and run past again.

They come in unexpected shapes and sizes.

Have you ever been hit, left winded, gasping for air, not knowing how you would ever be able to get up?

One of the biggest “blows” l got from life was when I was diagnosed with Bipolar Mood Disorder at age 16. As mentioned in “The Caterpillar Perspective”, I was admitted to a psychiatric hospital for two weeks and put on chronic medicine. What breaks my heart to this day is that I was diagnosed with a chronic illness at such a vulnerable age after only one isolated incident. Yes, I did have a nervous breakdown that caused a manic episode, and yes, I clearly needed some medical intervention, and yes again, there is a history of depression in my family, BUT I didn’t need to be diagnosed with a chronic illness and put on medicine for the rest of my life…

On 25 December 2006, I asked my husband a rather serious question: “How do you feel about adoption?” He responded in a very calm and contained manner: “I am open to it”

This was rather significant at the time as he had only been my boyfriend for a total of 2 days. Our dating relationship literally started only 48 hours prior and here I found myself asking him not only if he wanted kids, but also if he would consider adoption…

At that stage I was 27 years old and had been on chronic meds for 11 years already. It became such a big part of who I was. I knew that there were many risks with being pregnant and on the medication that I was on. I had to play open cards with my future husband.

Now you might ask – “How did you know you would marry him after only two days of dating?” Well, our relationship and story is a whole other post on its own so I’m going to save those details for later…

All I can say is that I saw so much compassion and empathy in his eyes when I told him that there were so many risks for a fetus and that it most probably would be the best not to fall pregnant one day, but rather adopt.

In that moment I realised that he would indeed be the man that I would marry.

For 11 years I was medically monitored to determine if my medication blood levels were where they were supposed to be. During the decade leading up to 25 December 2006 I never really questioned why I needed to be on the meds as I had “The Caterpillar Perspective” and almost embraced my doomed fate. I didn’t really expect happiness, success or love. So why would I really bother trying to change my fate.

Everything however changed in the beginning of 2006. There was no revelation or light bulb moment where my eyes suddenly opened and I stopped believing all the lies nested in my heart. I just slowly came to realise that I was unique, loved and that God must a plan with my life.

During the next three years God not only used amazing people to help me see that I indeed was worthy of love, success and happiness, but also amazing events, books and music. I came to realise that my diagnosis and past didn’t have to define who I was, or who I was going to be.

My life had purpose.

Through this whole process I decided to investigate my diagnosis further and sought professional input regarding my medication. The reason for this was that I wanted to know if I could be put on an alternative or lighter medication. I also didn’t see or experienced all (or actually any) of the symptoms defining my diagnosis. The only “episodes” I had were in 1995 during the time I was diagnosed and in 2001 when the rebel in me decided to suddenly stop drinking my meds, without consulting a psychiatrist.

In 2007 I went to see a Psychiatrist and was surprised by what he found. After a few sessions and him going through my medical history and treatment, he astoundingly said that he was going to start a 6-month process of weaning me off my meds. The reason: I was most probably misdiagnosed 11 years prior…

You need to know that if the Psychiatrist told me that I indeed had a chronic illness and that I had to be on medication for the rest of my life, I would have accepted that. I have trust in medical science and believe that medicine and treatment can do wonders where an accurate diagnosis is made, but I know out of experience that a lot of damage can be done if the medicine and treatment is not necessary.

The six months that followed were filled with support, uncertainty, judgement, excitement, as well as physical and emotional healing. I also went for counselling and deliverance. During this season I didn’t only get rid of unnecessary toxins in my life, but also my limiting thoughts, convictions and beliefs.

14 September 2015 marks 8 years since I drank my last pill for my chronic “diagnosis”. I have had no “episodes” ever since… I am happily married to the man that spoke to my soul on that Christmas day in 2006, and although we are still very open to adoption, we are blessed with two beautiful boys of our own.

In his book “Purpose Driven Life” Rick Warren talks about how some people “clam up” and others “blow up” due to the resentment and anger they hold on to.

It took me years to forgive the Psychiatrist that initially diagnosed me. But when I did, I got rid of all the resentment, bitterness and anger that I had “clammed up”. It was quite liberating.

I don’t know your story. Maybe you have also been hit by a blow, maybe more…

If you are still lying on the floor of life, struggling to get up or take your first proper breath, my wish is that you would be able to gain your strength, do what you have to do, LOOK UP and GET UP.

It is not always easy, and the chances are good that you might be hit again, but I guarantee you…. 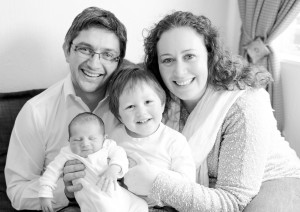 Pauli Nigrini, founder of The Butterfly Diaries, is an ex preschool teacher with an absolute passion for special needs, business owner, wife to an angel out of heaven, mom to two beautiful boys, lover of God, people and life, daughter, sister, aunt, friend and a sucker for anything inspirational.