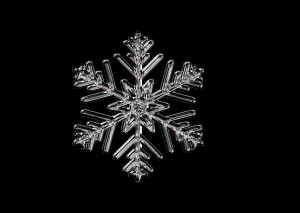 The struggle of composing this piece for the blog has now entered it’s second month.  For reasons absolutely beyond me I have found it impossible to get my thoughts in order.  My life, arrogant as that sounds, just doesn’t want to order itself in a way that makes sense.  I have written paragraphs and then the idea just stops, I have thought of whole pages in the shower only to forget it entirely when I sit down to type.  I have missed two deadlines already!  What is it with my brain, not wanting to say something, whilst continuously giving me ideas?

I am stuck.  My brain has frozen.  My dreams of becoming a world renowned blogger and eventually writer, becoming one of the only South African writers to have a book on Oprah’s book club, meeting the Queen of Television talk show herself, have shattered.  I will even settle for meeting Noeleen on 3-talk, but as my wife reminds me, the show has been cancelled.  There goes that idea!

I don’t get it.  People I know, good friends and mentors of mine, never seem to reach this point.  Where they are stuck.  And I am not talking about writing only.  In life, people have this ability to move on, to get new ideas, have new experiences, to make lemonade when life gives them lemons.

In the past 31 years I moved only twice.  From my hometown to my University-town and from there to where I live now, let’s call it, my teaching-town.  I changed careers twice, from Theologian to University Administrator to Teacher.  I married once (this is for keeps!).  I am so normal it’s boring.  If they have to make film of my life it would be the worst film in history.  He grew up, He lived and then He died.  The End.  Not really Oscar winning material.

Just after leaving school, I joined a theater group that toured the country.  From what I can remember a lot of the shows as well as the behind-the-scenes teaching, was themed in a way to teach me that I was not put on this earth to be ordinary.  God chose me for a specific task, put me on this earth to be exceptional and my journey with God in this life, will be to find out what that task is and to be ready to do it, when the time arises.  The belief was cultivated that I would either be famous or infamous.  But not ordinary.

They have extra-ordinary lives!

When they study Theology, they impact the world, they make it a better place by reasoning and researching the big questions of life.  They write new theories on Christian Ethics (something I wanted to do!) and have international PhD’s and hold conferences which inspire people.  University Administrators who are not ordinary, have a legacy of changing the way people think, of opening up tertiary education to the masses who will never be able to afford it, of becoming voices of reason in dire times, like Jonathan Jansen of the University of the Free State.  Teachers who change lives, who impact education in ways that takes our country forward instead of the backsliding laughing stock we are now, who change the lives of people that surround them, who save the lives of those children in their class, these people are not ordinary!

They are never stuck.

They are not me.

When I first heard this teaching of “God put you on this earth to be extraordinary” I was reminded of a cartoon I once saw that read “If God put me on this earth to accomplish a certain number of things, then I am so far behind, I will never die!”  And the thought that I have struggled with since then, and that these past weeks has been plaguing me again, is-  what if this is exactly why God put me on this earth?  What if my task, my calling, is to be exactly that which is most difficult for me to be, to make peace with?  Ordinary.

What if, instead of being a world famous theologian that writes books and holds conferences on Christian Ethics, I get to live out good Christian Ethics by being a good friend to those friends that I have been blessed with?  Living as an example of someone who understands God’s ethics instead of only writing about them.

What if instead of being the leading Administrator of Tertiary Education in South Africa and sitting in an office all day trying to communicate the need for transformation in Universities, I get to be an exceptional husband to my wife.  A husband who has the ability to look after his wife and family in more ways than only financially.  That sits with her when she has had a bad day at work, that enables her to invest in her career, that dreams with her about our life and that prays with her when we go to bed at night, instead of a quick kiss on the cheek whilst I try to read the newest email about the current crises in the budget.  Instead of grabbing an unhealthy lunch and yelling at my secretary I can sit down with my family and watch the sunset whilst having a glass of wine.

And what if being a teacher is not about changing the policy of the Education Department, or the Governing Body, or even the School Management, but what if being a teacher is about teaching European history to a child that will never be able to go there, but through the teacher they can live through walking in London, they can experience through me the immense sadness of walking through Auschwitz and realizing that humanity has failed.  What if they can learn from me that even though you don’t agree with the policy, you can still do your job and have an impact, even if it is just to make a child from Africa understand the impact of the Holocaust on our society today?

If I look around, I realize that these things are not ordinary.  In 31 years I have loved and lost a lot of friends, an ever changing number of people have impacted my life, and I believe, I theirs.  If I look around, having friends who you trust with your life, who stay in touch and who become more than family, that is not ordinary.  Having friends that you can talk to about anything, which you can trust with money or your children even, these things are not ordinary.

Being a teacher that shows up for work, that is prepared to give a class, that comes in and teaches children the curriculum, these things are not ordinary.  We have schools in this country that have not taught a single lesson this whole year and now, at the end of the year the government needs to step in and re-mediate this.  Being a teacher and just doing your job is no longer ordinary.  I gave a child a high five the other day for getting a 100% in a test that a watermelon would be able to pass.  I told him I was proud of him.  The School counselor told be later, that he told her, it was the first time he ever heard those words from a grown up.  “You did well on your test.  I am proud of you.” It’s not ordinary.

What if, instead of being stuck looking for that “BIG” thing that changes everything for you and makes you feel worthy, you look around you and realize that being ordinary in a world where everybody is so dissatisfied with where they are, what they do, how much they earn, who their spouse is and what they as a person mean to the world, makes you exceptional?

Being an ordinary parent, a regularly on time office worker, a good friend… 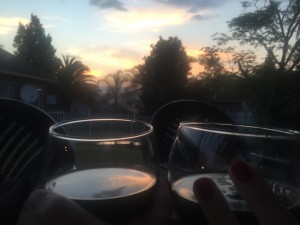