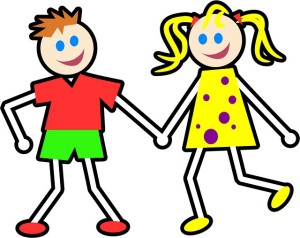 There is a saying in the autism community that goes: “If you want to know how to treat a child with autism…look to their sibling, they will show you.” I totally agree, there is no greater love and compassion…..

I fell pregnant with our second baby during a very challenging time with Gian. It was during this time that I started realising that Gian had some developmental delays. His immune system also took a few knocks and because of that we were in and out of hospital with him a lot. This time around, I was not the perfect “pregnant fairy” as the case was with Gian (Read more in “Why Me?”). I was not so diligent, I often forgot to drink my vitamins, did not eat well, sometimes even forgot to count the weeks and had a hard time remembering my gynaecologist appointments, I was so occupied trying to sort out Gian.

It was only at 26 weeks that we found out that Gian is going to get a little sister. My mom always tells the story about when I was a little girl and she came home from hospital with my sister, I suddenly grew up quickly, threw away my bottle and nappy and was very fond of my new baby sister. I made it so easy for her. Somehow deep inside I knew it was going to be the total opposite with Gian. Then it hit me, in a few months, we will welcome a new baby into this world and into our home, a little girl that will also need my attention and love. How am I going to cope? I already felt that I failed her during my pregnancy. I was terrified…

On 7 December 2009, at the age of almost two and a half, Gian became a big brother, his beautiful sister Leanè was born. From day one we could see, she was something special, a little baby girl with a big personality right from the start.

At first Gian was very fond of her, he would kiss her a lot and climb in the cot with her, but when she needed my attention to feed her or change her, it was a different story. He demanded my attention the whole time, pushed me away from the compactum every time I tried to change her nappy, he would crawl onto my lap every time I tried to feed her, demanding my attention. His sleep patterns also changed drastically. It was so hard on me. I was split into two worlds. My new born baby that is totally dependent on me and who I need to get to know and my two and a half year old son that needed me now more than ever, because he struggles to cope with everyday life.
Leanè was a very happy baby, always smiling, who grew into an even happier toddler, determined and more than willing to learn new things, which made her very independent from an early age. She demanded so little and made our life very easy, I sometimes forgot that she is actually still so little. I gave her the nick name of “Little miss sunshine” as she brought us light in a very dark time in our lives. Every time I felt downhearted with Gian, I could just look in her sparkling blue eyes and lovely smile to lift me up again and give me hope. Again the Lord provided.

I still remember the day Gian was diagnosed with autism, Leanè fell ill with a bad case of tonsillitis with a very high fever. I was devastated, really, why…. Now I have a sick child to look after on a day that I just wanted to be alone to grieve this autism thing, my heart was so sore. But what a blessed day it was. She kept me busy with her small talk and bubbly personality, we laughed out of our tummies, played and drank make believe tea. There was no time to grieve. It was during this day, that I realised how much Leanè will mean to her brother one day, how she will be able to help him cope and be his voice in a world that does not understand him. The Lord truly blessed us with an amazing strong little girl with the most beautiful and caring heart.

The older she got, it became more and more obvious. She had to grow up quickly. She had to deal with a lot that other kids her age did not even know exist. She had to face other kids being nasty to her brother or teasing him, not understanding him. She had to deal with why we want her to eat vegetables but her brother can eat two minute noodles, because it is all we can get into his body. She also had to deal with a mother who was so occupied with her brother, taking him to therapy, doctors and tutor class, trying to feed him and get him to talk, that she sometimes forgot that her daughter also needed her attention, just as much as Gian did. And yes, I got the question one day that I feared the most: “Mommy, why do you love Gian more than me”.

It was like someone punched me right in the face that day.

I realised that I needed to work on our relationship and spend time with her alone, made her feel special and loved. We started our coffee dates once every week, a highlight for both of us, we would chat about everything and we would laugh over a cappuccino and a piece of cake. And what a difference it made! I made a conscious decision to pay more attention to her needs, to listen to her, to be there for her. Just as Gian, she needed her mom….

It is amazing to see how Leanè automatically took over the roll as the older sibling. The way she steps in, take responsibility to help Gian with ordinary things like opening his juice, tying his shoe laces, telling him to eat otherwise she will put off the TV and although she is only 5, she will even try helping him with his homework. In public places and restaurants, she will protect him, she will tell the kids that do not understand him, that he is “different” and they must not treat him like that….she is his voice when he is unable to express himself.

We thank God every day that he blessed Gian with a sister like Leanè. We are super proud of her. The love and compassion she has for him leaves me speechless. I know that it will not get easier for her the older she gets. I know she will never have a big brother who will protect her in school or help her with her homework, but I also know, because of her heart of gold and her spirit of compassion she will be ok….

“She is clothed in strength and dignity, and she laughs without fear for the future” Proverbs 31:25 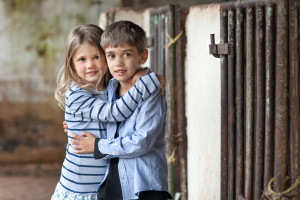